Gustav Mahler in Steinbach am Attersee

Gustav Mahler arrived in Steinbach am Attersee for the first time in the summer of 1893. His sister, Justine, and close family friend, Natalie Bauer-Lechner, had reserved five rooms in the “Gasthaus zum Höllengebirge” for an extended vacation, far from the bustle of the city that characterised Mahler’s professional life as a conductor and manager. The breathtaking surroundings worked wonders for Mahler’s creativity, inspiring half a dozen songs and most of two enormous symphonies over the course of four summers.

To get even closer to the nature around him and to be able to work in peace, the composer had a hut built in a meadow on the edge of the lake. The builder Johann Lösch complete the structure on grounds of the "Gasthof zum Höllengebirge” in the spring of 1894. The room with three windows and a door, was furnished with only a table, a chair, a stove, and a piano. There for three summers Mahler was able to find the silence and seclusion he needed for completing the Second and  Third Symphony.

The constant use of the buiding during the 20th century - it has served as a washhouse, a slaughterhouse and a sanitary facility - prevented its neglect and destruction. In 1985 the composing hut became a Mahler memorial site due to the efforts of the International Gustav Mahler Society. Today the “Komponierhäuschen,” as it is known in German, has become a point of attraction for Mahler lovers all over the world.

Over 30 years ago, in 1985, the composing hut of Gustav Mahler at Steinbach am Attersee was given a permanent exhibition. Since then, thousands of people from all over the world have come here in order to experience the beauty and the magical atmosphere of this tiny house. Interest in Mahler has grown tremendously in the intervening years and it was time to renew the original display. This long overdue task was been taken up by the International Gustav Mahler Society in 2016 to ensure a presentation founded on sound scholarship and modern multimedia possibilities.

The topics are divided up as follows:

4.     The “Schnützelputzhäusel” - The Building of the Hut

The materials are presented with titles, short descriptions, quotations, and detailed texts in two languages (German and English, in different fonts) and augmented with photos, facsimiles and audio tracks.

The tour begins already in the hotel and provides an overview of Mahler’s relationship to the area (hotel, town, region) as the user makes their way to the composing hut.

In a later phase indications on the wall displays will point to audio material that can be called up on additional tracks. Listening guides to the Second and Third Symphonies are also planned.

Every year the Steinbach Mahler Festival will be dedicated to a special topic related to the composer and the region. A separate display in the permanent will highlight aspects of the annual program with texts, images and audio tracks.

Interior of the Composing Hut ("Komponierhäuschen")

In the spring of 1894 Gustav Mahler's composing cottage was built by architect Johann Lösch on grounds of the "Gasthof zum Höllengebirge" on the shore of the lake.

The room with three windows and a door was furnished with only a table, a chair, a stove and a piano. For three summers Mahler here found the silence and seclusion he needed for finishing the Second and the Third Symphony and a handful of songs from Des Knaben Wunderhorn.

The constant use of the building during the 20th century - it has served as a washhouse, a slaughterhouse and a sanitary facility - prevented its decay and destruction.

In 1985, at the initiative of the International Gustav Mahler Society, the composing hut became a Mahler memorial. 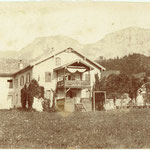 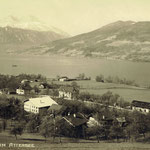 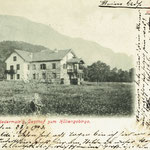 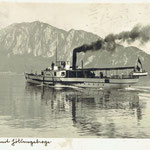 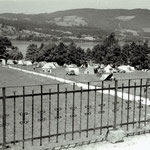 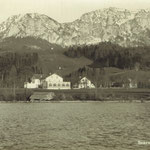 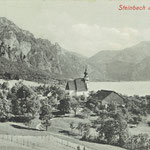 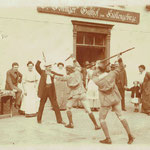 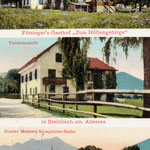 How to find the memorial site

Special thanks to our supporters: